From residential-led regeneration schemes to retail stores, we have the skills to deliver high quality development.

This comprise a 5,000 sq ft unit – let to Midlands Co-operative – and two further units of 750 sq ft which are let to a hot-food retailer and betting chain.

Midlands Co-operative has launched a convenience-style store at the site, creating 20 jobs for local people.

Adjacent to the site is an established parade of shops.

The existing buildings – which have been derelict for some years – have been demolished to make way for 6,000sq ft of retail space and seven apartments, with associated car parking.

Redleaf has completed a deal with Midlands Co-operative to open a convenience food store on the site. Adjacent to the 5,000sq ft Co-operative food store, there is a smaller, 1,000 sq ft retail unit which has been let to a start-up company trading as Charlie's.

Project Outline: This project  has delivered three commercial units and four residential apartments in the centre of a thriving Birmingham suburb.

Redleaf has obtained change of use planning consent and wholescale redevelopment of the existing office units and managed the development and subsequent letting of all commercial and residential space.

The commercial element has been let to Lloyds Pharmacy, Property Move estate agent and a new restaurant business trading as Carter's of Moseley.

Redleaf has acquired a former Somerfield supermarket and redeveloped the whole site to create 6 new retail shops which have been let to One Stop Convenience Stores, Bet Fred Bookmakers, an independent hairdresser, Pizza Hut Delivery, R&B Fish & Chips and an independent Chinese Takeaway.  The shops are provided with 22 customer car parking spaces. 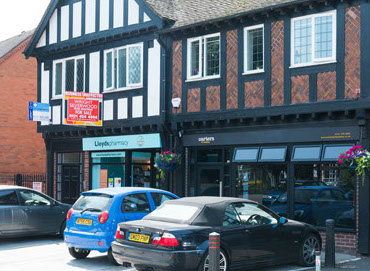 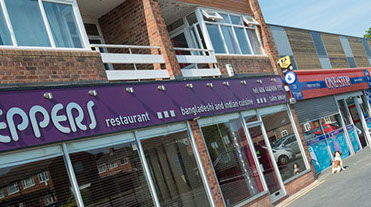